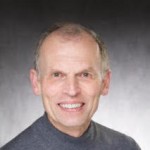 Dr. John Lawrence M.D., a native of Illinois, currently serves as Vice President on the Board of Directors for MSF (Medecins Sans Frontieres/Doctors Without Borders)-USA. Dr. Lawrence attended Dartmouth College and Dartmouth Medical School, then completed a family practice internship and worked as a general medical officer in Tuba City, Arizona, on the Navajo Reservation. He then returned to residency and completed training in general surgery at the University of Rochester, in Rochester, New York, and then paediatric surgery at St. Christopher’s Hospital in Philadelphia. For the past 20 years, he has been a practising paediatric surgeon primarily in academic settings, and he is currently a staff paediatric surgeon at Maimonides Medical Center in Brooklyn, NY. Owing in part to a longstanding interest in global health, Lawrence has completed eight surgical missions with MSF since 2009 and has recently begun coursework for an MPH degree through the Bloomberg School of Public Health at John’s Hopkins University. Dr. Lawrence has served MSF as a surgeon in the Central African Republic, Cote D’Ivoire, Haiti, Syria and the Democratic Republic of the Congo.